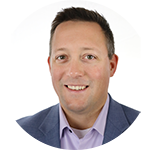 Lately there has been a lot of talk about “Production” scanners within the microfilm market, but what does that actually mean? According to Isausa, inc. President Manuel Bulwa, “Document capture industry experts share a general consensus around the concept of “Production” level status as an elusive threshold that separates low to high volume document capture.” And by volume, that is more than how many images per minute, think a month. With that in mind, we thought we would share our professional opinion to help you pinpoint key identifiers that differentiate a microfilm production scanner from an on-demand scanner.

When you break it down, there are two “classes” of microfilm scanners, Production and On-Demand. Production scanners are machines that are built using sophisticated lighting and line-scan sensors to convert microfilm to digital format permanently, in one scan. On-Demand scanners are the devices equipped with area-scan sensors that are employed to capture images from microfilm on an “as needed basis” – one image at a time. Someone would not use a Production scanner to scan one image at a time, same as someone would not use an On-Demand scanner to convert an entire roll of microfilm. These scanners have been designed for two separate and distinct processes.

Production level scanners are designed from the ground up to simultaneously transport and capture high-resolution images on microfilm or microfiche. Production scanners are built with a highly specialized line scanning image sensor, top-of-the-line lenses for greater focal depth, and lighting technology that enables high-speed digital conversion of the media. This allows for the film, or fiche, to be captured at the highest resolutions while traveling at extremely high speeds. Due to their reliability, and image quality, production scanners are always favored by conversion service bureaus, the document capture experts that scan all sorts of documents professionally.

On-Demand, also known as research or walk-up microfilm scanners, are designed to offer a digital solution to replace the old and outdated analog microfilm reader-printers. The On-Demand scanners are most popular with patrons of libraries around the world, both in public and university settings because they are easy to use. The On-Demand scanner is limited to still image capture. These scanners are equipped with a light source and CMOS image sensor like what you would find in a digital camera, limiting the user to capture each image on microfilm one at a time.

The flat, card-like style of microfiche presents its own challenges when being converted to digital files. Rolls of microfilm sit on a spool which can be unrolled, scanned, and rewound in rather quick fashion. The transport regulates supply between intake and outtake spools. This job is performed by secure and stable motors that drive the spools of microfilm, a straight-forward procedure under a line scanner.

To convert microfiche, the “transport” regulates the movement of the glass platen the fiche sits on. Using line scanning technology, a sheet of microfiche is loaded onto the transport. On a nextScan production scanner, the microfiche transport travels in a back-and-forth manner while moving up and down, like a typewriter. Though unlike the typewriter, production scanning technology is capable of scanning both forwards and backwards, creating more scans in less time.

Once the capture process has taken place, proprietary software combs the data, and replicates the physical microfiche turning it into a digital ribbon.  This allows the auditing process to occur, ensuring confidence that each file was captured from the microfiche.

Camera technology intended to capture a single image makes production microfiche scanning nearly impossible. Again, the microfiche must be on a transport and an additional step must take place, the fiche must come to a complete stop for a clear capture. There is no camera sensor that notifies the transport to stop, so the camera is essentially “capturing blind.” When this occurs, a scan may be split in two or missed entirely. These spliced and missed images must go through a costly rescanning process if they are even caught in the first place. If each image is not viewed by a person to verify the scan a true conversion cannot be guaranteed.

As previously stated, a production scanner captures all data on the reel of microfilm or sheet of microfiche, but how is the data captured, specifically? By using line scanning technology, the key determinant of a Production Scanner. The line scanning technology process allows for everything to be captured from the media, edge-to-edge and end-to-end, without a single pixel of information missed. Once captured, the software gets to work detecting edges and presenting an “Audit” or review of the captured images. A technician is then able to easily discern if any files or documents were missed, and instead of a rescan, simply revert that area to the RAW data and continue. To be confident of a complete conversion with real quality assurance it is essential that the entire roll was captured into RAW data as it allows for quick and simple corrections to the archiving files.

On-Demand microfilm scanners physically cannot capture film in the same way. The limitations of the CMOS image sensor force the scanner to move the film, stop, capture, and repeat. The CMOS also does not “know” what it is capturing allowing for images to be spliced if not directly in line with the image sensor. There is simply too much room for error when trying to conduct a conversion project using a scanner designed for On-Demand use.

According to Manuel Bulwa, “All production level workflows hinge on automation and batch processing. Stop and go, transactional, on-demand processes and the like do not belong to the production realm.”

There are fundamental and significant differences in a production scanner when compared to other types of microfilm scanners. nextScan defines a true production scanner as equipment designed for the simultaneous high-speed transportation and real-time capture of both microfilm and microfiche using line scanning technology, which provides a critical step that guarantees quality assurance by enabling users to complete an audit before finalizing the conversion. If you have questions on your current equipment or are looking for new equipment, please give us a call 208-514-4000 or visit www.nextScan.com.